Toronto has been getting great press on the global stage for some time now. According to a study of major metropolises by The Economist, Toronto is the world’s best city to live in and the 7th best city to visit by The New York Times—but what about its booming growth in the technology sector?

We have really great talent, low cost to build, part of that is thanks to the tax credits; part of it is the currency, and we find and serve our customers from all over the world. - Mark MacLeod, former chief financial officer for Shopify Inc. & FreshBooks.

Its powerful Bay Street players and real estate explosion have long defined the GTA on the national stage—but it’s the growth we’ve seen in tech that has helped redefine Toronto’s image. An analysis of the top 30 technology centres in North America shows Toronto with the fifth most tech jobs of any city on the Tech 30 list with Vancouver coming in at 20. The Commercial Real Estate Services (CBRE) said the amount of people employed in the tech sector in Toronto equals out to 11.7% of all office employment.

Toronto has global leading companies in financial services, yet somehow we question our ability to do so in technology. - Mark MacLeod

Toronto is a massive melting pot that brings a unique flavour to entrepreneurship and the startup culture. “Toronto is sitting on a talent gold mine that, with focus and luck, can help the city build the economy of the future.” A lot of Silicon Valley heavyweights that flocked out west to join the tech culture of the Bay Area are returning home to the Greater Toronto Area to launch new ventures and invest in the talent of tomorrow. Many local companies are seeing the benefits to a funding boom that has changed the way foreign capital invests in startups, due to the tax changes that once limited outside VC firms. As Toronto starts to rack up more wins with companies like Influitive, Kobo, Wattpad and Freshbooks putting the city on the map with household names and their growing international success.

While the GTA boasts a high concentration of startups, creative environments and like-minded individuals closely linked together, it would be unwise to overlook the cluster of tech companies between Toronto and Kitchener-Waterloo, Ontario - an area that boasts offices for Google, Shopify and Research in Motion.

There are already roughly 200,000 technology jobs between the Toronto area and Kitchener-Waterloo, roughly half the size of the workforce in Silicon Valley right now. Prime Minister Justin Trudeau called the Waterloo region an “extraordinary hub” for innovation. The Toronto to Waterloo connection is a powerful team that is already beginning to play off one another’s strengths.

The bottom line is we are not at our potential. Nowhere near our potential. The pool of talent we have here, I am told by people outside of Toronto and outside of Ontario, is as rich as any in the world.-  Toronto Mayor John Tory.

In other words, the GTA is just barely scraping the surface of its potential in the tech space.

Equip your team with top-tier talent the Greater Toronto Area has to offer by checking out our job board and refreshing what it means to have a driven and powerful Product Manager on your sidelines by downloading our eBook. 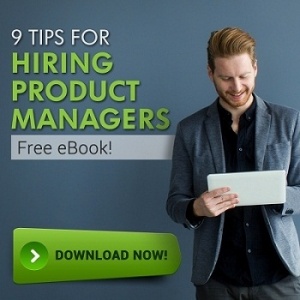