With the overflowing competition in Silicon Valley, it may be time for tech companies to consider relocating to north of the 49th parallel. Last year, three Canadian cities—Toronto, Vancouver, and Montreal—placed in Startup Compass’ top 20 startup ecosystems in the world. Toronto, in particular, has put Silicon Valley on notice as its startup culture continues to thrive and build upon previous tech success stories.

In fact, tech blog TechCrunch hailed Toronto as the next addition set to join the league of prime North American hubs for technology startups within the next five to 10 years. The city has a strong and expanding network of local venture capitalists looking for investments that could potentially follow in the footsteps of successful home-grown businesses like FreshBooks, Influitive, and Wattpad.

There are between 2,500 and 4,100 tech startups that operate in Toronto. When combined with its more established counterparts, the city accounts for 35 per cent of Canada’s technology businesses, employing about 159,000 people.

With Toronto’s tech industry continuously gaining momentum, a lot of the highly-skilled people who left to work in Silicon Valley are coming back to build businesses in Canada.

Why Toronto is poised to be the next great producer of tech startups.

Over the last three years, the Canadian dollar has been weaker in comparison to the U.S. dollar. Canadians may not be too happy about this, but the difference is getting a lot of positive attention from American investors.

Private-equity and venture capital companies “look at Canadian investments as having a 30 per cent discount compared to American investments,” explained Martyn Bassett in an interview with 680 News.

Also, “employee costs are less expensive than what you’d have to pay in the United States, particularly around San Francisco,” said Bassett.

These favourable conditions have encouraged more funding from south of the border. The first few months of 2016 saw Canadian startups raise a record amount of money from American venture capital and private-equity investors. Altogether, private companies in Canada garnered $881 million from funding in this first quarter.

In the year spanning 2016/2017, the federal government is expected to spend $10.7 billion on science and technology. This is a 1 per cent increase from last year. The federal government and Ontario’s provincial government have also set up several grants and financial assistance programs dedicated to the development of technological innovation.

The downsizing of Waterloo-based RIM, the maker of BlackBerry smartphones, has also unleashed a wealth of talented engineers and other tech specialists into the GTA. This means that more qualified potential employees are readily available for startups wanting to build efficient teams.

There’s also a monthly TechToronto Meetup, which provides the city’s tech community with opportunities to network and learn from what other companies are doing.

According to TechCrunch, Toronto “produces the most engineering-focused university graduates each year” in North America. The city is home to acclaimed institutions, like the University of Toronto and Ryerson University, known for their tech and engineering programs.

Furthermore, such post-secondary schools run startup incubators and accelerators like U of T’s Banting & Best Centre for Innovation & Entrepreneurship, and Ryerson’s DMZ that was named the #1 university business incubator in North America by UBI Global in 2015. The DMZ has housed 260 startups, created more than 2,400 jobs, and raised $206 million in seed funding since it was launched six years ago. These institutions’ support for the tech industry and startup culture is the starting block or the foundation upon which companies are going to build or grow their team.

“One of the companies that we worked with was Eloqua. And they went from a very small company doing $3 million a year. We built a team that took them to $30 [million],” shared Bassett.

Later on, the company brought in different leadership, which increased their profits to $100 million a year. Eloqua then went public, and was eventually acquired by computer technology powerhouse Oracle.

“When a Toronto-based company gets acquired by Oracle for a billion dollars, this is big news,” said Bassett.

Wattpad is another Toronto-based company that has gained a spot in the city’s startup hall of fame. The world’s largest story-sharing site has raised $67 million from investors. As a result, Wattpad has its eyes on expanding into film and television by collaborating with Hollywood to set up a production studio.

Based on past home-grown successes and the various factors supporting the continuously growing number of startups, launching in Toronto seems like the next best step for a tech company.

“I have say that I’m extremely optimistic about the future of where things are going in Toronto in the tech space,” said Bassett.

Listen to the full interview with Mike Eppel from 680 News Toronto right here. 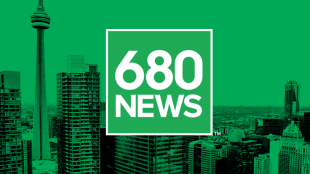